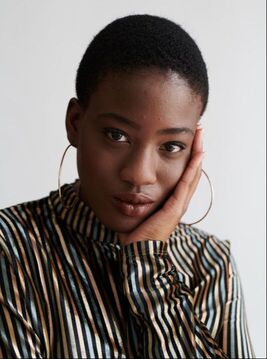 Gabrielle Gorman is a 2020 graduate of UCLA's School of Film and Television where she concentrated in screenwriting. She combines her love of digital storytelling, entrepreneurship, and social good to promote positive change.

In 2019, she directed a short documentary, Mr. Ewing, for Amazon Fire TV about a 99-year-old English teacher and WWII veteran. That summer, Gorman was a Digital Marketing Intern at shoe company TOMS. She has worked with a number of other companies, nonprofits, and initiatives like the California Arts Council, Ad Council, Adolescent Content, and TEDx.

In 2018, Gorman had the opportunity to discuss her love of film for the national LinkedIn campaign, #InItTogether. That same year, she was a Content Development Intern at Scooter Braun Projects, a diversified entertainment and media company with talent inclusive of Ariana Grande, Justin Bieber, and Demi Lovato. That year she also interned for the Interim Executive Director, Regina Miller, at Ava Duvernay's grassroots collective ARRAY. In 2017, she interned at Complex, an award-winning digital media company, where she had the opportunity to work with notable artists like Lana Del Rey and The Game. In the summer of 2016, she was offered the opportunity to shadow prominent television director Jann Turner on the set of “How to Get Away with Murder.” That year, she was named one of seven top filmmakers in the country by the National YoungArts Foundation and became one of sixty artists in the nation nominated to be a U.S. Presidential Scholar in the Arts, the highest honor awarded to American artistic youth.

​She has discussed her films in publications like Essence, Bustle, MILK, the Daily Bruin, and on the radio for NPR. In 2016, Academy Award winning screenwriter, Aaron Sorkin, presented Gorman with the Aaron Sorkin Writing Award at the WestFlix Film Festival.  In 2017, her short film, Dear America was featured in a PBS special on race in America.

She recently brought to life her thesis screenplay Bell Parks, a vlog-style YouTube series about an ambitious, albeit misanthropic, film student whose moral compass is challenged when she lands a digital marketing internship at a prominent Gen Z athleisure brand with deceptive marketing strategies. In addition to scripting the series, Gorman directed, produced, and starred in it.